Happy Friday the 13th!! It is officially time to get a little spooky. I hate being scared, but I LOVE Halloween. Weird, right? I love the Halloween aesthetic: a little bit creepy and dark. These films are my favorites, and the Halloween season is not complete until I have watched them all! These films are also perfect to watch with kids (because I have a fear tolerance of an adolescent).

I was obsessed with Mary-Kate and Ashley as a kid. I was even in their fan club! This movie is perfect to watch before Halloween, and even has a good ~twist~ at the end!

This movie is based on my favorite ride in Disneyland! It is campy and fun and a little tiny bit creepy.  I’ve heard rumors that there might be a re-make of the movie in the works, staring Ryan Gosling and directed by Guillermo Del Toro! I really hope the rumors are true!

Disney Channel Original Movies used to be THE BEST! This one’s plot is pretty much summed up in the title, and involves Lizzy McGuire’s dad (Robert Carradine) and the three Hansen kids attempting to rescue their mom from her bloodthirsty date.

The first time I watched this film I was sleeping over at my grandma’s house, and I begged and begged to watch it. I was probably around three or four, and she was a bit worried it would be too scary for me, but eventually caved and watched it with me. Now this movie reminds me of her. It is silly and cute, and has one of my favorite romantic film lines: “Can I keep you?” 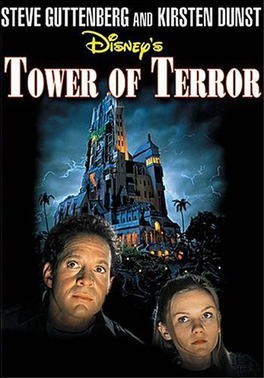 This is the movie the that the ride in Disney World (and was sadly replaced in California Adventure) is based on. The movie is a little eerie and ominous and a totally Disney classic.

The best of all of the Peanuts movies. Sincere instead of spooky.

I saw this movie after Pirates of the Caribbean came out, and I couldn’t believe that Jack Sparrow and Edward Scissorhands were played by the same person. I love Tim Burton, and this is one of his best films.

Creepy, mysterious, and spooky. But mostly just kooky. Not scary and perfect for the Halloween ~vibes~ without the Halloween tricks.

We used to check this movie out at Hollywood Video constantly. If you haven’t seen this movie yet, I really suggest watching it and making sure to see all of the alternate endings!!!!

I used to wish/sorta think that my grandma Stefani was secretly a witch (because she looked vaguely like Debbie Reynolds to me), just like the grandma in the movie.  This is one of the best Disney Channel Original Movies ever. The first sequel is even good, too. DON’T WATCH THE OTHER TWO SEQUELS unless you love to be disappointed.

I look forward to watching this movie all year long! Witchcraft, a talking cat, and a maaaaarvelous musical number. The Sanderson sisters will definitely “put a spell on you” 😉

1. The Nightmare Before Christmas

Ahhhh, I love this movie. I also love that I can safely watch it between September and December with little judgement, because it is both a Halloween and a Christmas movie. My house is also fully decked out in NBC thanks to my mom and my friends!

This site uses Akismet to reduce spam. Learn how your comment data is processed.